SNV Story No. 5: gaining a competitive advantage thanks to his involvement in standardization

Ivo Ernst is owner and CEO of Consultiv AG, Consultiv Schutzbekleidung Gmbh and FIRELINER® GmbH. He is an SNV expert for more than twenty years. On International Firefighters’ Day, which is celebrated every year on 4 May, we spoke to Ivo Ernst about his work in the field of standardization.

Image caption: Standards expert Ivo Ernst with one of his FIRELINER® protective jackets

How it all started
The Swiss company Maxessoires AG, owned by Max Ernst and based in the Zürcher Oberland, began developing and producing protective clothing for Formula 1 and heat protection clothing for industry in the 1970s. In 1976, Niki Lauda survived the serious accident he was involved in on the Nürburgring thanks to his personal protective equipment from Switzerland. In the 1980s, the son of the company owner, Ivo Ernst, founded Consultiv AG which specializes in protective clothing for the fire service. In addition to his work for the family-owned company, he is involved in the standardization work in the area of personal protective equipment (PPE) for firefighters and for industry.

SNV: How did you end up working in the field of standardization?
Ivo Ernst: As a pioneer of protective clothing for motor racing, my father focused intensely on the development of personal protective equipment (PPE) with modern aramid fibres. In the early years of these developments, I was able to accompany him into meetings with numerous experts, one of which was Dr Traugott Zimmerli who worked at EMPA the Swiss Federal Laboratories for Materials Science and Technology (EMPA) in St. Gallen. Zimmerli was a notable figure in the field of accident prevention and back then had already set the first steps in motion for the standardization of protective clothing. These meetings and the subject area have obviously had an influence on me and shaped my career.

As the owner and CEO of three companies in Switzerland and Germany, you presumably have very little free time. Why are you nevertheless involved in standardization work?
Standardization work is voluntary work for which financial compensation is not paid. This is why it is primarily large corporations that sit on the relevant committees. They can appoint an employee to such functions and in doing so secure an important lobby position. I want to act as a kind of counterbalance to this trend.
The well-being of those who wear fire protection clothing is very important to me, and my company depends on our sector manufacturing first-class and flawless quality products. I therefore also see myself as a representative of small companies and firefighters, as the larger companies want to attend to their own interests to the greatest extent possible. For example, there have been attempts to enshrine new technologies into a standard, which would give the large companies that own said technologies a competitive advantage. Owing to more than 30 years of experience in the field of personal protective equipment, I have to and am able to counter such attempts from time to time. This is because some of the technologies suggested do not always meet the interests of the people who would wear them. Making a protective jacket waterproof, for example, could negatively affect its ability to breathe actively and expose firefighters to unnecessary risks. You need expertise and patience for such arguments. Both of these attributes are necessary to represent the interests of users on a standardization level as well.

Which advantages do you benefit from as an expert involved in the field?
The main benefit for me and my company is that I have advanced knowledge of which changes are being discussed. This allows us to adapt to changing requirements and to keep extremely close to market developments. As standardization work is, however, not confidential, this information would also be available via other channels and to observers.
I like the work that I do for standardization, even though it is not always easy, as I explained. I am a naturally inquisitive person and am also curious to see what consensus can be found, even regarding more difficult topics. It is also important to me that we as a company are ultimately able to provide the optimal personal protective equipment for professionals.

While you are actively involved in standardization, others can simply purchase the complete standard and thus obtain documents that could be said to be production instructions. Does that bother you?
You have to differentiate between execution standards and requirement standards here. I am not involved in working on execution standards that effectively define production processes. My work is focused on requirement standards that ensure a completely open market.

You play an active role on a wide range of international standardization bodies. How would you describe the decision-making process?
In the decision-making process for standards that are only to be applied nationally, there are many different interested parties represented at the table. When you have to come to an agreement with parties from many different countries, this can prove to be even more challenging.

Thank you very much, Mr Ernst, for taking part in this interview.

Protective clothing from FIRELINER® Ltd: then and now 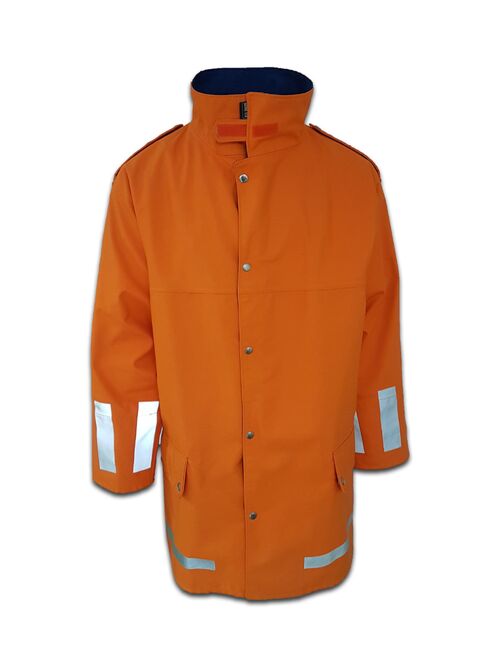 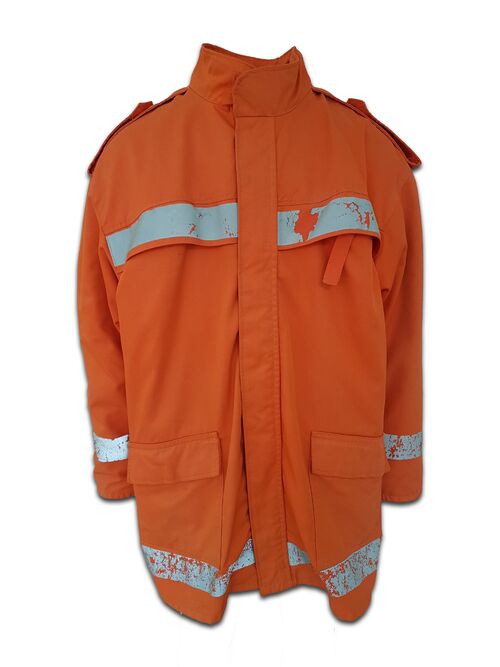 The FIRELINER® IV fire protection jacket has been developed continuously since 1982 in close cooperation with volunteers, professional and plant fire brigades.

The fire protection combination FIRELINER® Höhenretter was developed in many years of cooperation with high altitude rescuers and professional fire brigades in Germany. 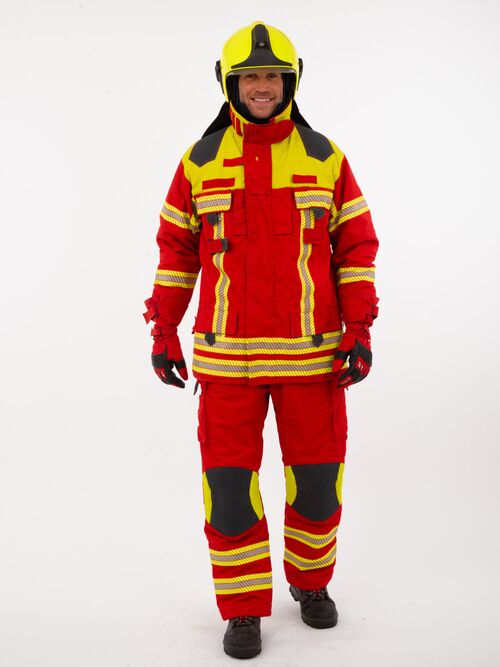 Since 1986, the FIRELINER® IV fire protection trousers have also been continuously developed in close cooperation with volunteers, professional and plant fire brigades. The latest state of development is characterised by exceptional wearing comfort, the best protective properties, a good warning function and maximum ease of maintenance.

Your cooperation is required!

If you are interested in getting involved in standardization, we are constantly looking for experts to make themselves available for national or international standardization work. There are different degrees to which you can get involved in this work.

Would you like to have a say in the development of a standard?

Find out here how you can get involved